Permanent appointments rise for the first time in three months

Temp billings increase at fastest pace since May

“The UK jobs market returned to pre-referendum patterns in August as the initial shock of the vote result subsided. Permanent hiring returned to growth as employers confirmed appointments that had been on hold or delayed in June and July. Starting salaries also improved, with employers having to offer more to attract candidates who might be reluctant to move jobs in the current climate.

Despite this month’s positive date, it is still too early to make conclusions about what impact the vote to leave the EU will have on the jobs market. For example, the fact that vacancy growth has softened is concerning, suggesting that hiring could be volatile over the coming months.

The priority now is to shore up business confidence. Much of this depends on progress the government can make in its difficult task of ensuring that the UK businesses have the ability to trade with their neighbours in the EU. Developing an immigration policy which will allow employers to access enough candidates for the jobs available is vital. Employers from the public sector to agriculture and engineering to construction could be adversely affected if access to workers from outside the UK is limited.” 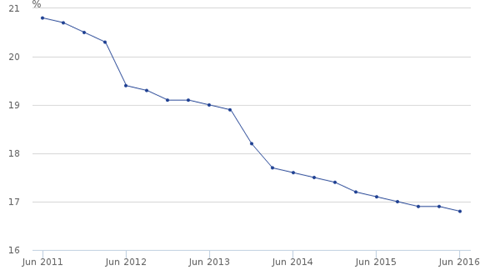 The number of people placed in permanent jobs increased slightly in August, following declines in the previous two months. A number of panellists indicated that decisions on new hires which had been delayed around the Brexit vote had now been confirmed. However, others noted that tight candidate availability remained a brake on activity.

Higher permanent placements were recorded across each of the monitored regions apart from London (where the pace of decline eased markedly).

Nursing/Medical/Care remained the most sought-after category for permanent staff in August, just ahead of Engineering. Construction was the only category where a decline in demand was reported.

Agencies’ billings from the employment of temporary/contract staff continued to rise in August. Moreover, the rate of growth accelerated to a three-month high. Higher temps billings were frequently attributed by panellists to rising client activity levels.

Growth of short-term staff billings was broad based by region, with the North posting the fastest rise.